Taking It Inside: Painted Front Door Saving The World One Banana Peel At A Time

So remember how I ordered tile for our bathroom floor March 24 and it was supposed to come in April 3? Yeah, well, it didn’t. It’s allegedly going to be here this week, but who knows. I’m seriously so down in the dumps about this delay. I was on SUCH a roll with the vanity and assembling accessories. Now I’m just twiddling my thumbs, waiting for tile to arrive. That was a long way of saying I’ve done basically nothing around the house the past week.

It’s not all the tile’s fault though. I went out of town for a few days for a training session for work. And lucky me, the conference was in San Antonio. If you follow my Instagram, you probably saw a few of the pictures last week. I spent some time walking along on the city’s River Walk, which is below street level so it’s nice and shady. There are a ton of restaurants and bars along the banks too. 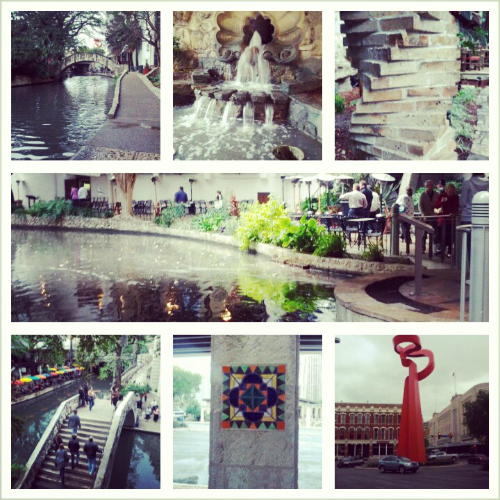 In general the town was lovely. Lots of tile work all around and plenty of history. 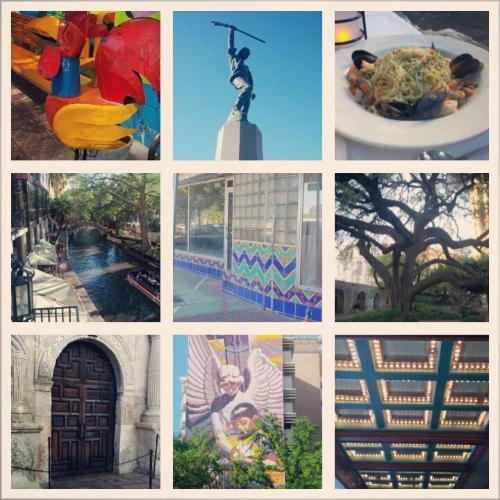 And of course, what I like to call “The Lone Traveler’s Selfie,” a self-portrait taken at the Alamo. It was windy. 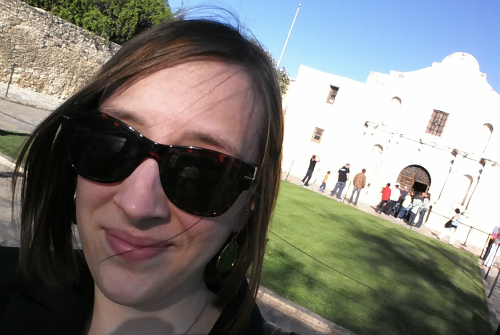 Fast forward to this past Sunday. My mom called and asked if I wanted to go to the Southern Ideal Home Show at the State Fairgrounds in Raleigh. I’d never been, so I agreed.

Overall…eh. Nothing to write home about. There were plenty of exhibitors, but the target audience was definitely non-DIYers and perhaps people building a new home. I just couldn’t imagine paying someone to build a deck or refinish furniture or replace my insulation. A few exhibitors were appealing – the ones serving food. Haha. 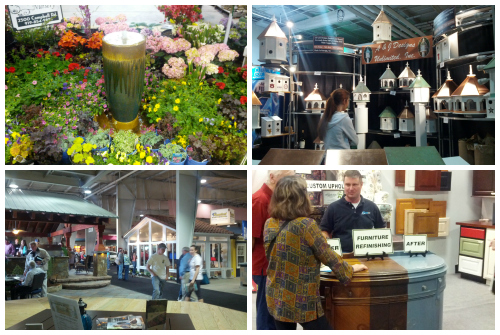 Oddly, there was even a tablescape competition. Just an FYI, I am anti-tablescape. I could not imagine a bigger waste of time. Please, by all means, please have cute napkins and a bundle of flowers in the center of your table. But sculptural pieces and origami-napkins? Oh brother. Maybe it’s because I think food should be the center of attention. I just don’t think anyone should ever waste time on tablescaping. More like tablecluttering, am I right? 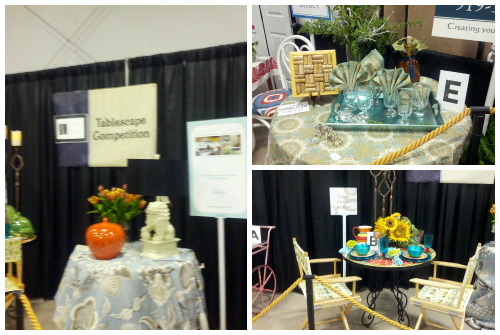 “When people start talking about things like tablescapes, it makes me crazy. I like a really nice table but it’s got to be fairly simple and something I can do.” – The great Ina Garten on tablescapes. Nailed it.

Okay, end of tablescape rant. And end of random update post. We worked in the yard and garden this weekend, so I’ve got a post coming about that. As soon as I get my tile, I’ll have a post about that too!